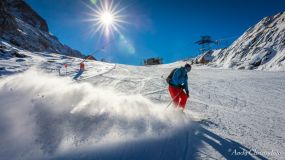 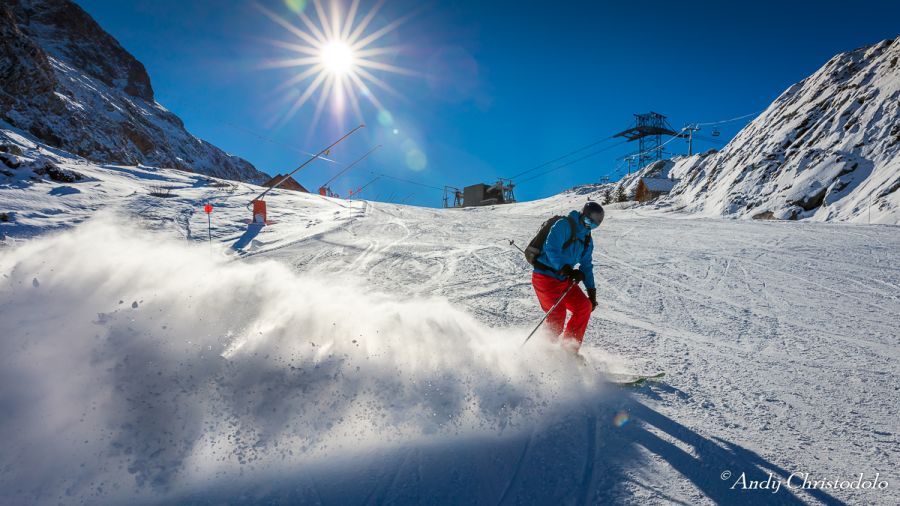 Pistes have benefitted from the overnight snow and are generally in excellent condition despite thin cover in some places. The overall condition is fresh powder thinly spread on a man-made base. Off piste is very thin and I will be filling the holes in my skiis this evening, having tested this for j2skiers. Should have known better!


We salute your dedication!

Hope the damage is not too bad - no need to demonstrate rock-dodging in future though...

Andyrow wrote:do you think there will be snow by the 15/12/18 and or if not will the resort use snow machines


Hi Andy, it snowed there today (their website snow report doesn't look like it's getting updated yet, but they sent out a Tweet of falling snow earlier). There's a fair bit more in the forecast too.

I expect our friends at Chateau d'Oz will be giving us an update before then! We'll give them a prod in a week or two if they haven't checked in by then...
The Admin Man

Surely that would depend on the temperatures being low enough. If they climb back up to 10c plus, I doubt they will bother with the cannons.
www

Alpe d'Huez bought 70 new high output snow cannons in 2017, at −4° they can produce 6000 m3/h. As soon as the temperature is low enough, they will fire them up. They have to, without a base of artificial snow they are unlikely to get to the end of the season without closing the lower runs. These new snow making systems are capable of making enough artificial snow to cover the pistes they serve to a depth of up to 70cm in about 100hrs.

They have also invested in a PistenBully SNOWsat snow depth measuring system to ensure that it gets spread out to the required depth.

I wouldn't be too concerned about the resort snow depth reports as they are single point measurements taken in places where snow is known to accumulate and when natural snow is in short supply they often add a bit on, but I would keep an eye on the temperatures.

I would look for a resort that already had some snow, the conditions at Cervinia look pretty good at the moment.

Livigno is looking good too

At least 14 French Ski Resorts are reported to be open.